Your information is 100% private and will never be sold or shared.

Income Drawdown is an option available allowing you to take your retirement benefits.

The purpose of your pension is to provide you with an income in retirement. Benefits can usually be taken any time from age 55 but employer related schemes may stipulate a different age. Commonly, up to 25% of your accumulated fund can be taken as a tax-free lump sum, and the balance should be used to provide income either by a scheme paying a scheme pension directly from the scheme, purchasing an annuity on the open market option (OMO) or via one of the available alternatives such as Income Drawdown or Phased Retirement.

There are two forms of Drawdown Pension, known as Capped and Flexible.

Under the option of Income Drawdown Pension you can choose to immediately take 25% TFC from your plan. There are two types of DP, known as Capped DP and Flexible DP.

Capped DP – Instead of buying an annuity with the remainder of the fund, the money remains invested and can continue to benefit from investment performance in a tax-efficient environment.

An income may be taken from your invested pension fund each year, which will be taxed as earned income. This income may vary between limits, which are set when you first take out the plan. The maximum limit is derived from tables published by the Government Actuary’s Department (GAD) and is based on your fund size, age and the current yield on long term gilts (these are loans to the government). There is no minimum limit and the maximum is set at 150% of GAD.

Based on your personal details the minimum income you may withdraw is nil and the maximum is £3606 per annum gross. You wish to draw no income.

These GAD rates are normally reviewed every 3 years up until age 75 and annually thereafter.

As the rest of your pension fund remains invested in a tax-efficient environment, your final pension – and the income limits you withdraw each year – will be determined by the continued investment management of your funds. Careful attention, therefore, needs to be given to investment management whilst in Drawdown to try to ensure that, when you finally buy an annuity, you would be in a similar situation to that if you had bought an annuity at the start. We would always undertake an annual review as this is a sophisticated product.

You are able to vary your income within these limits and the level of income you choose to take will have an effect on the performance of your invested fund and will influence future possible levels of annuity you can buy.

Whilst in the short term many clients wish to consider drawing the maximum income from their funds, in the medium to long term, it is important that you balance your income requirements with the investment policy to ensure the annuity purchasing power of your pension fund is maintained.

Flexible DP – Has no such maximum limit but you must be able to prove you already have a minimum income secured through other pension means of at least £12,000 pa. Income taken under this option is also taxed at your highest marginal rate.

In order to use Flexible Drawdown Pension an individual must:

To be eligible the individual must also not be an active member of a defined benefit or cash balance scheme.

Whilst in Flexible Drawdown, any future contributions made into a money purchase scheme by the individual or their employer will be subject to an Annual Allowance tax charge taxed at the highest marginal rate, resulting in no financial gain. This tax charge will also apply to individuals who build up benefits in a Cash Balance or Defined Benefit arrangement.

With this type of contract, I must point out:

Changes were also announced in the Spring Budget which I do need to make you aware of.

There will no longer be restrictions on how individuals aged over 55 can access their defined contribution pension pots. The government proposes – subject to ongoing consultation – to change the tax rules to allow people to access these savings as they wish at the point of retirement, subject to their marginal rate of income tax.

The consultation on retirement flexibility also includes a proposal to raise the age at which an individual can take their private pension savings under the tax rules from 55 to 57 in 2028, at the point that the State Pension age increases to 67. From then on, the minimum pension age in the tax rules will rise in line with the State Pension age so that it is always ten years below. This change is proposed to cover all pension schemes which qualify for tax relief, with no exceptions.

Ill health early retirement will still be allowed as usual with 25% of the value of the fund will continue to be tax free.

By using a currently available drawdown plan we will be able to consider and possibly use the above, after April 2015. We will revisit this in the future.

What happens if you die?

Capped Drawdown Pension – On death whilst you are in Capped DP, your estate will receive a cash lump sum (with a tax charge of 55%).

Flexible Drawdown – If you have already accessed all of the plan benefits at inception, there would be no further payment on death, otherwise the options as with Capped Drawdown apply. 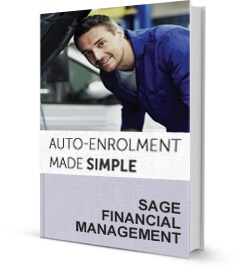 Auto-enrolment aims to increase the level of retirement saving though the workplace and affects every employer in the UK. This guide tells you how all employers including micro businesses can prepare for compulsory pension auto-enrolment. Sign up now to receive information about our paid services and receive this bonus guide today.
Get The Guide 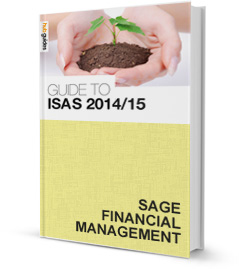 Our complimentary guide to ISAs 2014-15. In this guide we discuss individual savings accounts and how to make the most of your annual tax year allowance. We cover questions such as 'What is an ISA?' and 'What should I look for in a cash ISA?' Sign up now to receive information about our paid services and receive this bonus guide today.
Get The Guide 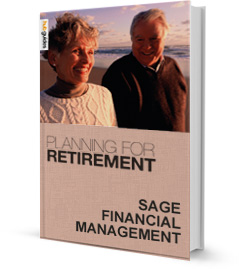 Despite all of the recent changes, pensions still represent one of the most tax-efficient ways for most people to save for retirement. The aim of our retirement guide, therefore, is to help you understand the options that are available to you. Sign up now to receive information about our paid services and receive this bonus guide today.
Get The Guide 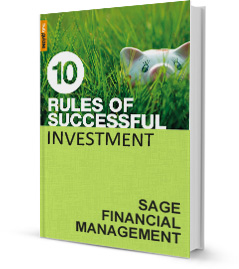 Successful long-term investment is not just about buying low and selling high – although that is always a good principle to bear in mind. Go back to basics– markets may rise and fall but the rules of sensible investment remain constant. Sign up now to receive information about our paid services and receive this bonus guide today.
Get The Guide

"We have used the services of Sage Financial Management for the past year and we have found them to be extremely professional in their approach. The advice and guidance that we receive is honest, professional and reliable. They are always ready to find the time to meet with you and explain matters in full, in a manner that is appropriate. I will have no doubt in recommending them to friends and family."

"Sage Financial Management has certainly been very helpful to me and my company. With issues such investments and pension planning I have reaped a lot sound and impartial advice. The advisers are always flexible on meeting arrangements to suit my busy schedule, and advice is in a simple language so it does not take me too long to analyse."

"Sage Financial Management provides an effective service that is tailored to the individuals needs. The service is performed in a professional, no-pressure manner. I have no hesitation in recommending them."

The auto-enrolment process is highly complex. Firms will need to implement a scheme by a particular date, called their “staging date” which is determined by their payroll size in 2012. To do this, you need to assess which employees will need to be enrolled in the scheme and this is based on employees’ ages, wages […]

Inheritance Tax of £170 000 each was payable in the year 2012-13 by estates according to HM Revenue and Customs. This is a 15% increase to the previous 12 months. You work so hard throughout your lifetime the last thing you want is for your beneficiaries to pay a potential 40% tax charge on your […]

For a number of years we have offered clients the ability to invest in a Sharia compliant manner. In addition to a number of Sharia compliant funds already mentioned in previous posts such as HSBC Amanah, Aberdeen Global Islamic Equity for now have funds specifically for the emerging market. A lot of Analyst are indicating […]